THE SECOND BOOK OF THE GREAT MUSICIANS 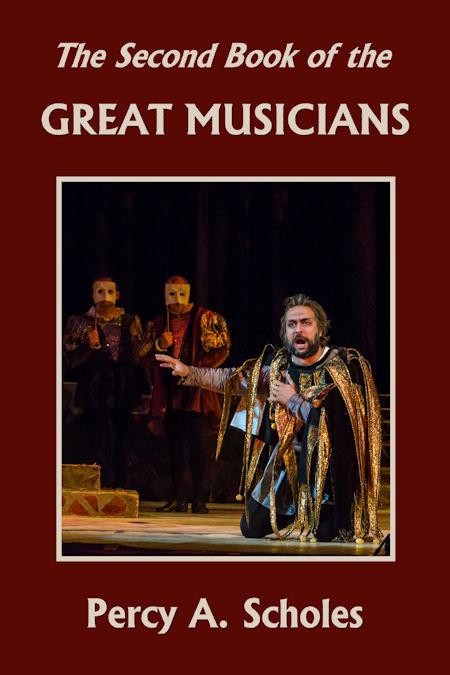 Description: A further course in music appreciation, introducing the composers Schubert, Field, Mendelssohn, and Debussy by the same methods as used in the first volume of this series, then moving on to the major focus of this second book, which is on dramatic forms that have a musical component and musical forms that have a dramatic component. Starting with miracle plays and masques, the narrative then turns to oratorios, and operas. In connection with the latter, Wagner and Verdi, both masters of the operatic form, are profiled, along with Sullivan, who in partnership with Gilbert produced the comic operas for which they are so well known. A section on military music is also included, featuring the instruments on display in army bands.

1.  Schubert
2. The Inventor of the Nocturne: John Field
3. Mendelssohn
4. About the Old Miracle Plays and Masques
5. Oratorios
6. The Earliest Operas
7. More about Opera
8. Wagner
9. Verdi
10. The Game of 'Camouflaged Tunes'
11. Organs
12. Debussy
13. Military Music
14. Army Bands of To-day: How To Know the Instruments
15. Sullivan 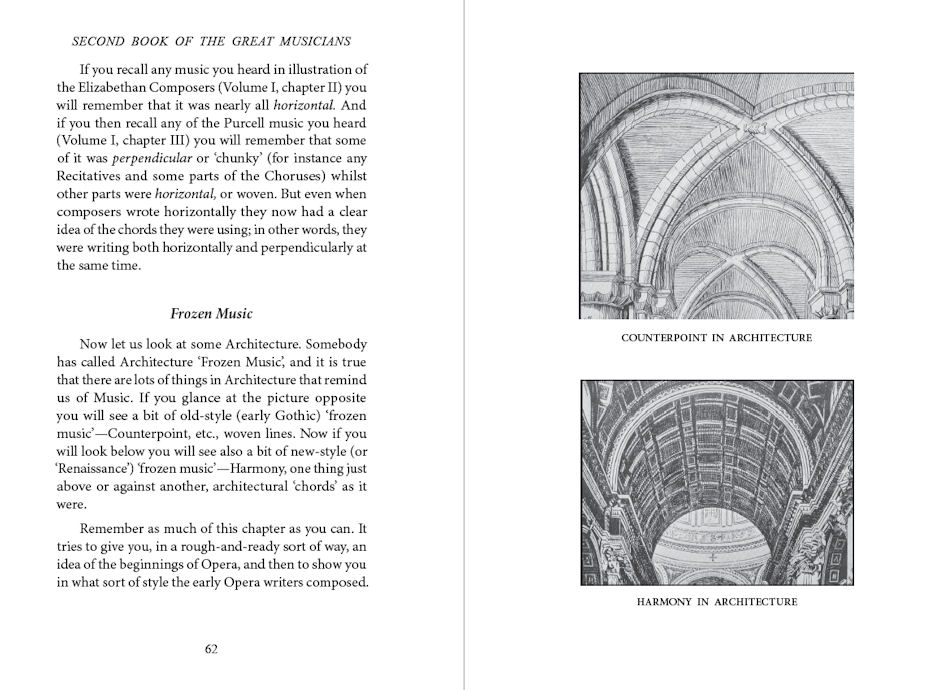 The Third Book of the Great Musicians

The Listener's Guide to Music